In recent years, there has been a gradual reconstruction of roads between Teplý Vrch – Rimavská Sobota. At the moment, the reconstruction of the last 2 km long section between Teplý Vrch and Hrušovo has been completed. Since no repairs took place on the Škávar mountain premium, where we raced for 6 years, and the road is already falling apart in many places, we did not think about changing the final kilometers for a long time. The end of the race will take place on new roads and we believe that it will bring a refreshment and a new experience.
After passing the village of Hrušovo and a short climb, there is a crossroads, approximately 16 km before the finish, where there was always a right turn. This year, it will turn left onto a path overlooking the Teplý Vrch lake. After a short descent, will be sharp turn to right towards the village of Padarovce. A new climb to the last 4th mountain premium begins right in the village. We named the climb Dražice, according to the village near the top. It has favorable parameters, length 4 km with an average slope of 3.7%. It is distorted due to two short descents included in the climb. The most difficult part is at the beginning, where after about one kilometer it reaches a maximum slope of 11%. At the top of the ascent there is up-and-down  road and a descent through Nižná Pokoradz. Then we will connect to a well-known part that will lead us to the finish. The last approx. 3 kilometers are unchanged and the same as in every single year of the Teatro Okolo Malohontu 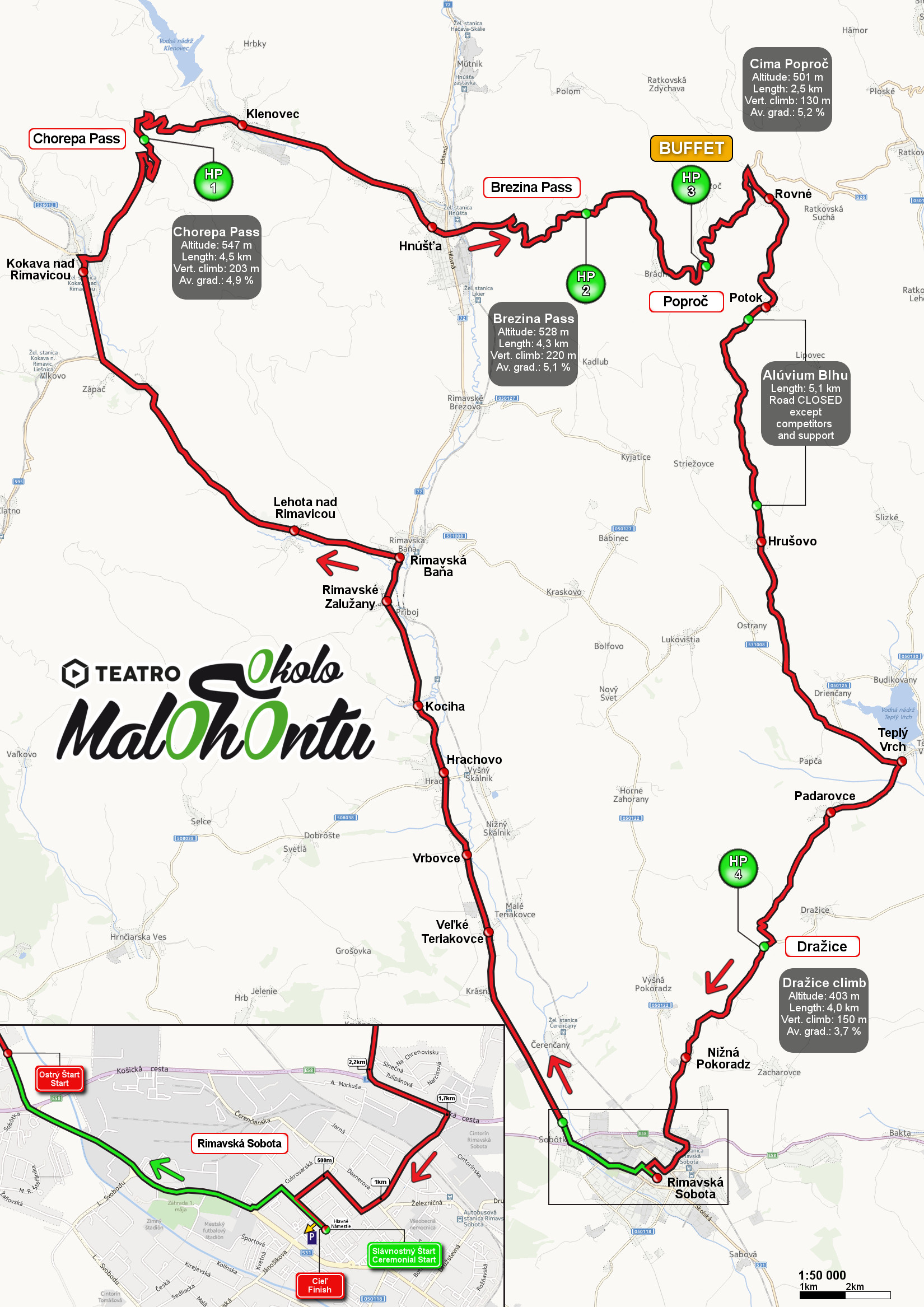 T-shirt as a participant gift for 2019

Registration 2021 is open. A new Elite category has been added.
Scroll to top